In order to talk about the history of Lago Martiánez, it is necessary to do it first, and inevitably from the San Telmo Pool, the starting point of the transformation of the Martiánez coastline and a vestige of what we now know as the Costa Martiánez complex. This original construction was executed in 1957 and was promoted by the Portuguese constructor José Manuel Sotomayor Carmona and the former RAF pilot of German origin Rudolf David Gilbert, thus, in November 1956 Sotomayor Carmona requested a license from the city council, headed at that time by Isidoro Luz Carpenter, requesting an administrative concession, to build and exploit a natural pool in an area of ​​Playa de Martiánez located at the back of the plaza and hermitage of San Telmo, in the area called Charco de los Piojos .

In January 1957, the works that would be directed by the surveyor Juan Davo began, also creator of the Dynamic Bar in the Plaza del Charco and a henchman of Sotomayor Carmona. On November 13 of the same year, it was inaugurated with a lavish party attended by the living forces of the province and countless guests.

The Lido San Telmo will become in a few years the fashionable place of the island elites, with large and luxurious parties and black-tie balls where champagne is not lacking. Among its illustrious visitors we must mention the Greek owner Aristotle Onasis, the British politician Winston Churchill or three of the four members, McCartney, Harrison and Starr, of the then little known group The Beatles.

The tourist development of the town led to the construction of numerous hotels on the coastline that ran from the Playa de Martiánez to the Ermita de San Telmo, in this way, in a few years, the Tenerife Playa, Belgium, Valle Mar and Las Vegas. The owners of these properties advocated the transformation of the seafront to make it even more attractive by providing it with comfortable and accessible bathing areas. Thus, in 1965, people began to think about the tourism modeling and conditioning of this stretch of coast. After a failed project that included a dam, a beach and a sports pier, it was not until 1967 that the city council commissioned the engineers Juan Alfredo Amigó and José Luis Olcina to draw up a new project, who incorporated the councilor César Manrique into the artistic direction. These draw three circular pools, the largest with a bar inside the vessel with marine motifs, accesses raised above the water and a large 25-meter high mast that simulates the mooring of the structure, in addition, changing rooms, offices, kitchens and the necessary mechanisms for filling the glasses with Atlantic water.

On September 23, 1971, this second phase of the Martiánez Swimming Pool Complex was inaugurated with the presence of the French artist Josephyne Baker and the Minister of Tourism Sánchez Bella.

After returning to the convenience of an artificial beach, both due to technical and budgetary difficulties, this is discarded and the quartet formed by Manrique, Amigó, Díaz de Losada and Olcina give shape to the idea of ​​expanding the facilities with a large artificial lake with several islands. , surrounded by large solarium areas, with exuberant vegetation and decoration inspired by the typical Canarian landscape and architecture. Another example of the mastery of the Lanzarote artist integrating nature into his architectural works. Thus, in 1975, the work was awarded to Díaz de Losada and work began that will last for two years.

The figures produced by the development of this part of the complex were colossal: more than 30,000m2 gained from the sea, of which about 15,000m2 corresponded to a pool area with 5 islands, one of them, the central one, of around 2000m2 that would house the mythical Andromeda Room. The order of 5500m3 of land was excavated, about 120,000m3 were filled and at least 27,000m3 of concrete were used, the volume of volcanic rock used was more than 2000m3, 2000m2 were landscaped with its corresponding irrigation and sewage network, finally , a fabulous lighting system with more than 1200 light points was installed.

Thus, on April 30, 1977, this third phase of the complex was inaugurated with an exclusive party for authorities and businessmen, with dinner, fires, toasts, performances and dancing, the next day the facilities would be open to the public for free for their contemplation .

In 1995 the Costa Martiánez complex was declared a Site of Cultural Interest in the category of Historic Garden.

In the following two decades, various minor transformations were carried out, already in the first decade of the new century, a major transformation was undertaken, air conditioning one of the vessels, adding a Jacuzzi, adapting the lighting to the law on the Protection of the Astronomical Quality of the IAC Observatories and moving from the emblematic Hotel Taoro the casino’s games room to the Andromeda Room in the center of the great artificial lake.

This web space is NOT the official page of the Costa Martiánez Leisure Complex, it only collects information of interest about these emblematic facilities that serves as a guide to visitors and curious people. Therefore, the information collected here is not of any contractual nature, is not official and may contain inaccuracies. 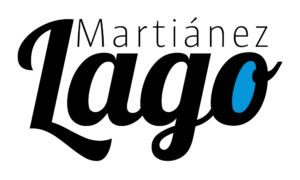 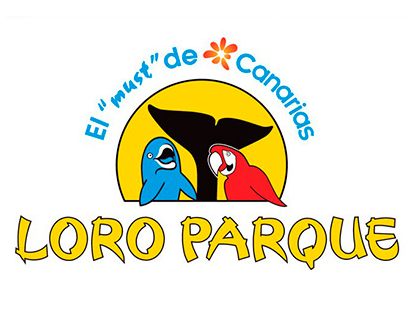